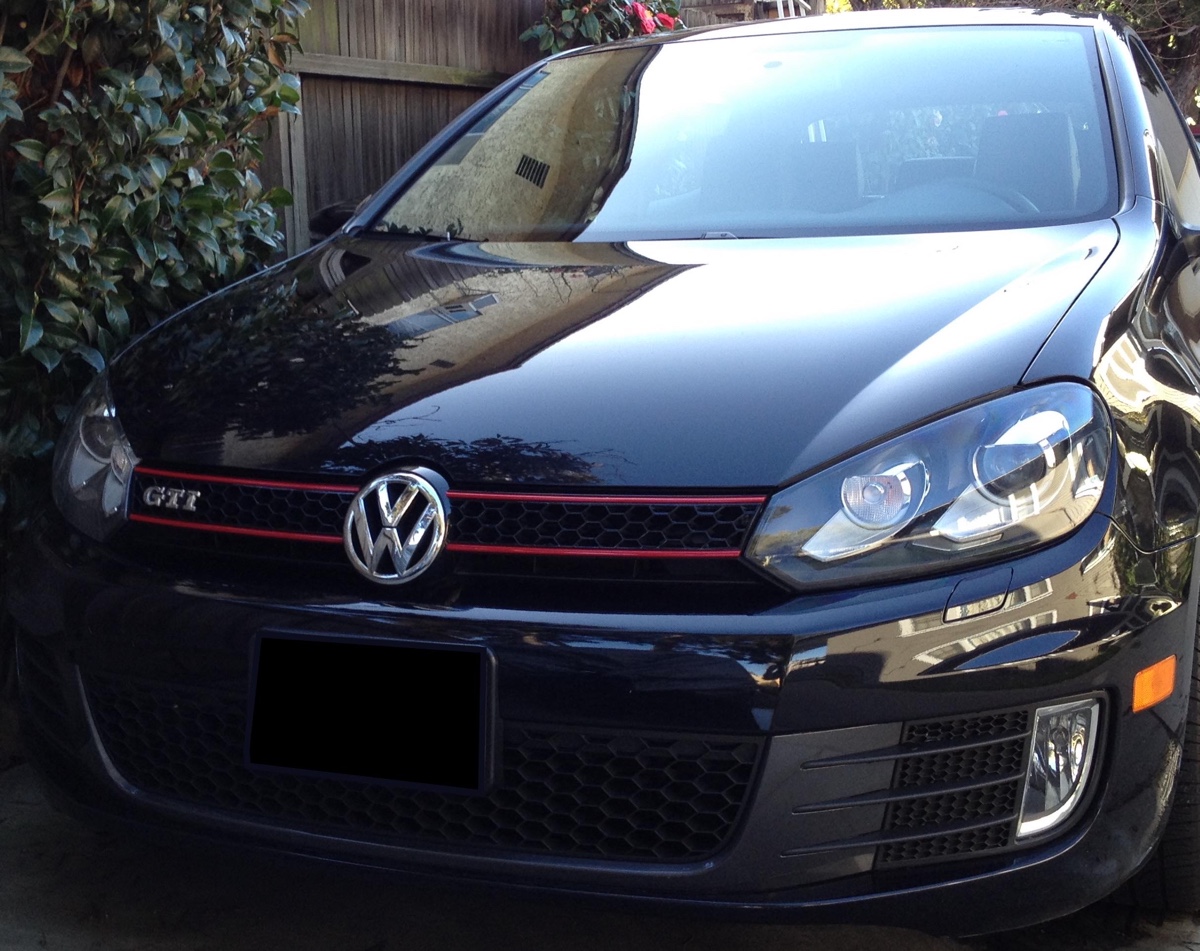 The sunroof on my 2011 mk6 GTI has developed a mind of its own. When the sunroof is closed, and especially when the temperature outside is warm, it sometimes tilts open a notch randomly. This problem is…not unheard of: 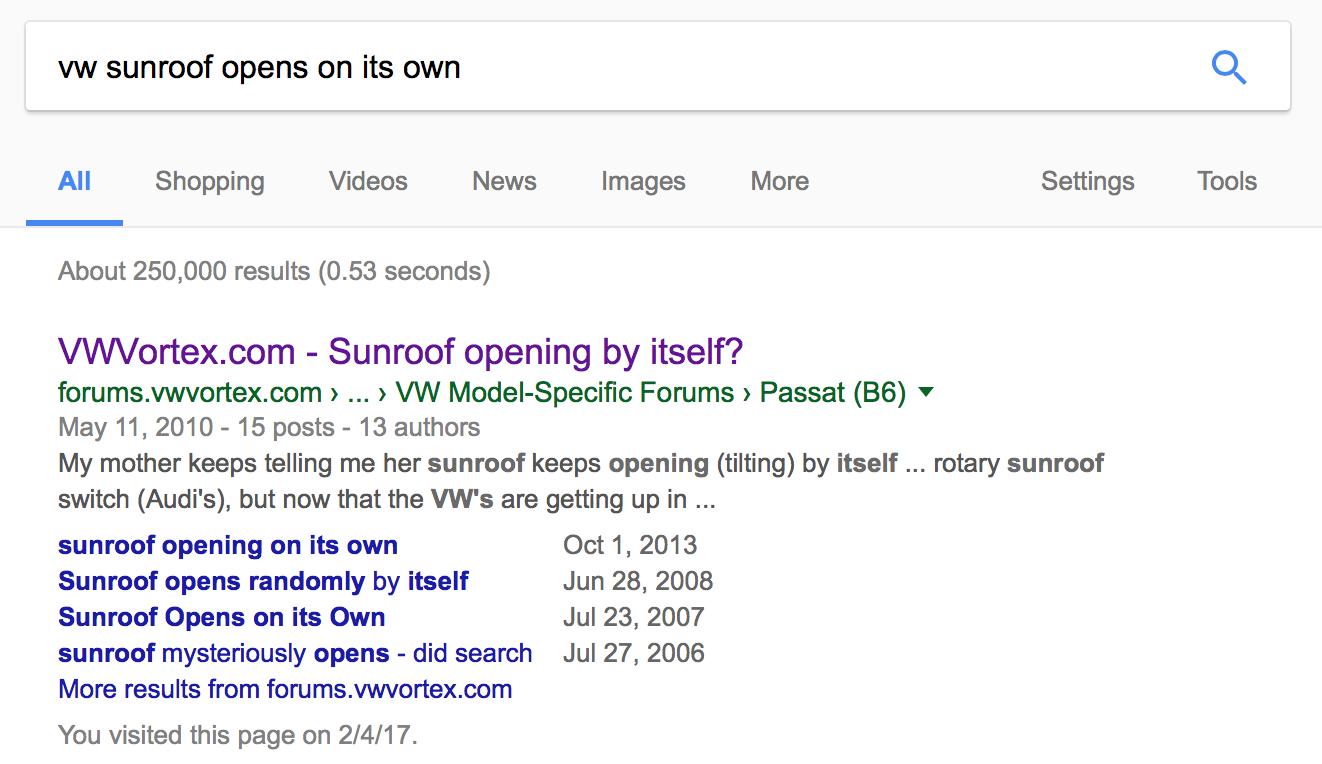 The cause is the sunroof switch itself. The internal contacts start to bend and short against each other, making it report that the dial is opened one notch. An exact replacement of the part my car came with would cost around $100 new.

Luckily, new China-made VW parts are commonly available on eBay and Aliexpress, and cost a lot less. I ended up having to buy the entire panel (including map lights) just to get the sunroof switch in the correct color (anthracite), but it only cost $41 shipped!

It’s interesting to compare the build quality of the panels; the buttons on the China-made part don’t feel as good as the Europe-made ones in my car. The map light buttons don’t click when activated, and the feel is generally worse. The sunroof switch also doesn’t rotate as well, but does have one big advantage–it lights up. My car’s original switch has no illumination, which I regularly find annoying at night.

Here’s a comparison, China-made switch on left and my car’s original on the right (note the extra illumination connector): 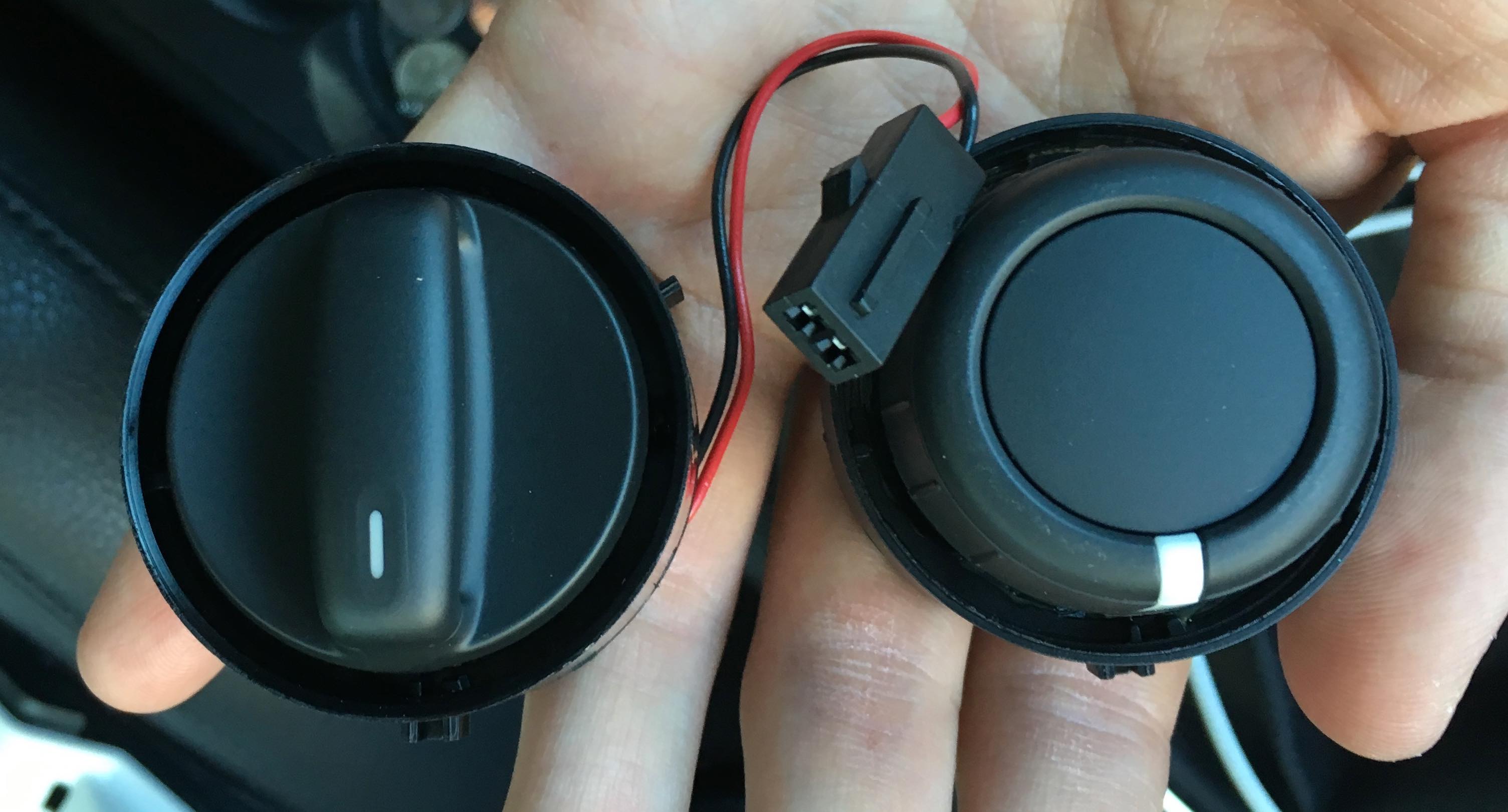 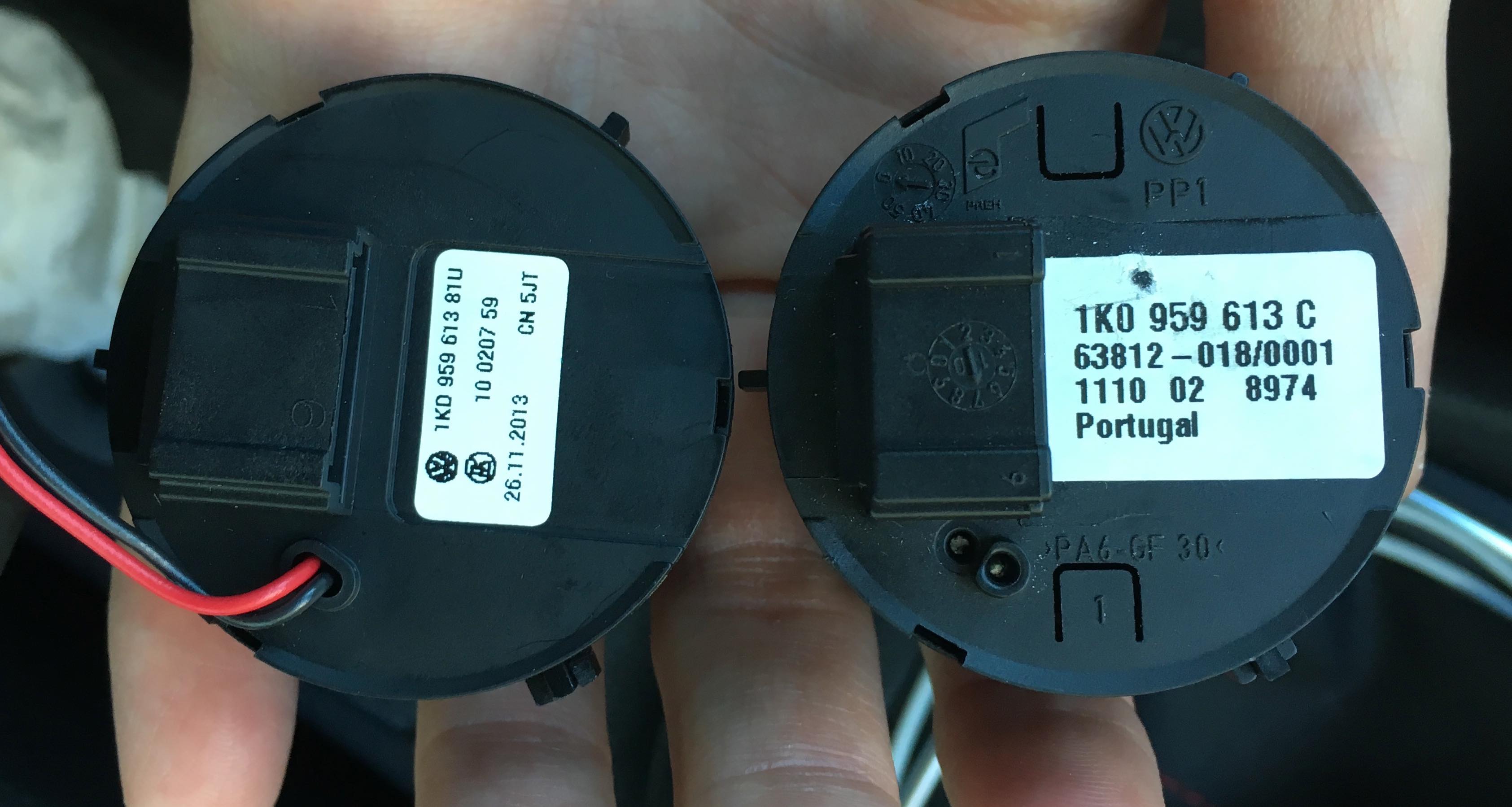 Use a trim tool to take off the panel that looks like speaker grates surrounding the Bluetooth buttons. Pry from the rear (glasses holder) side, it should rotate down (it’s hinged on the other side): 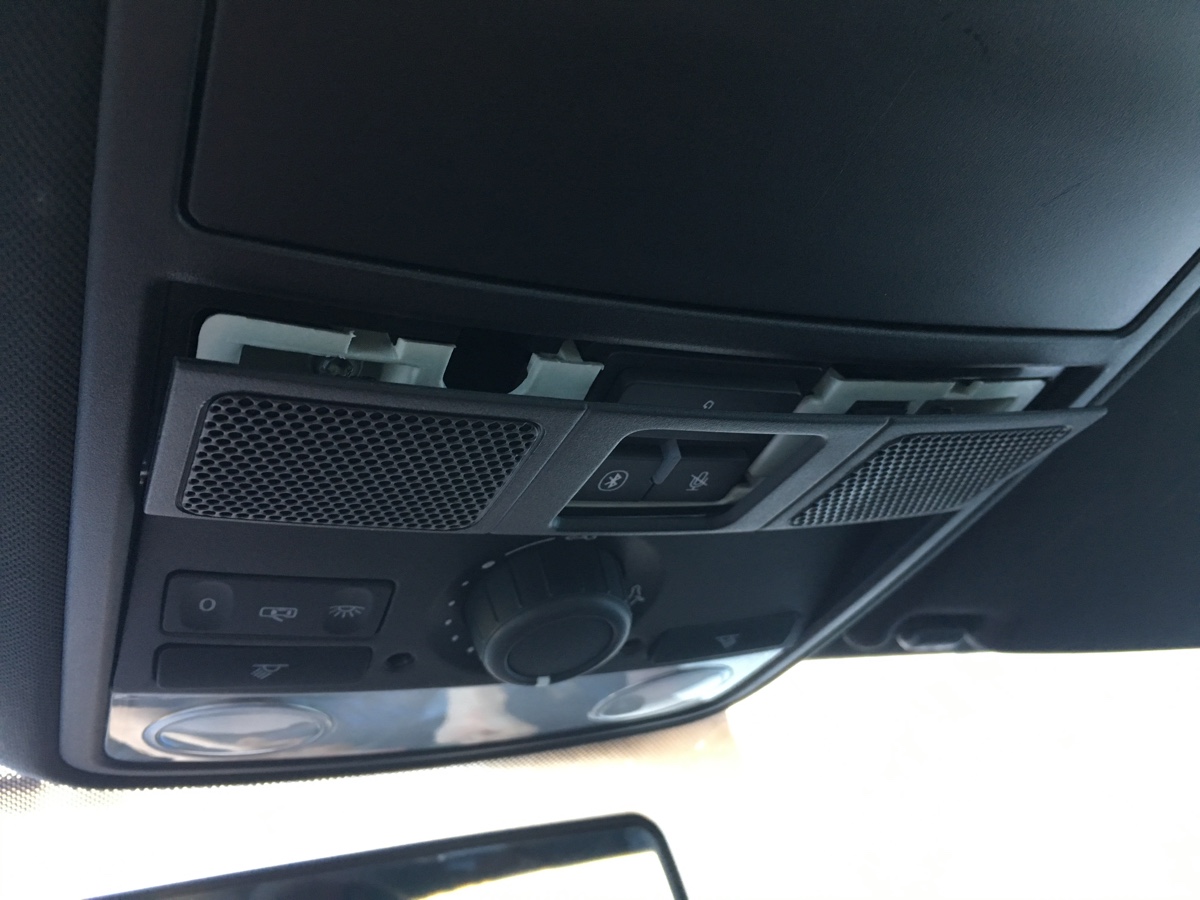 Underneath, there are 2 T20 screws. Once those are removed, pry down on that edge of the panel, and the whole thing should pop out: 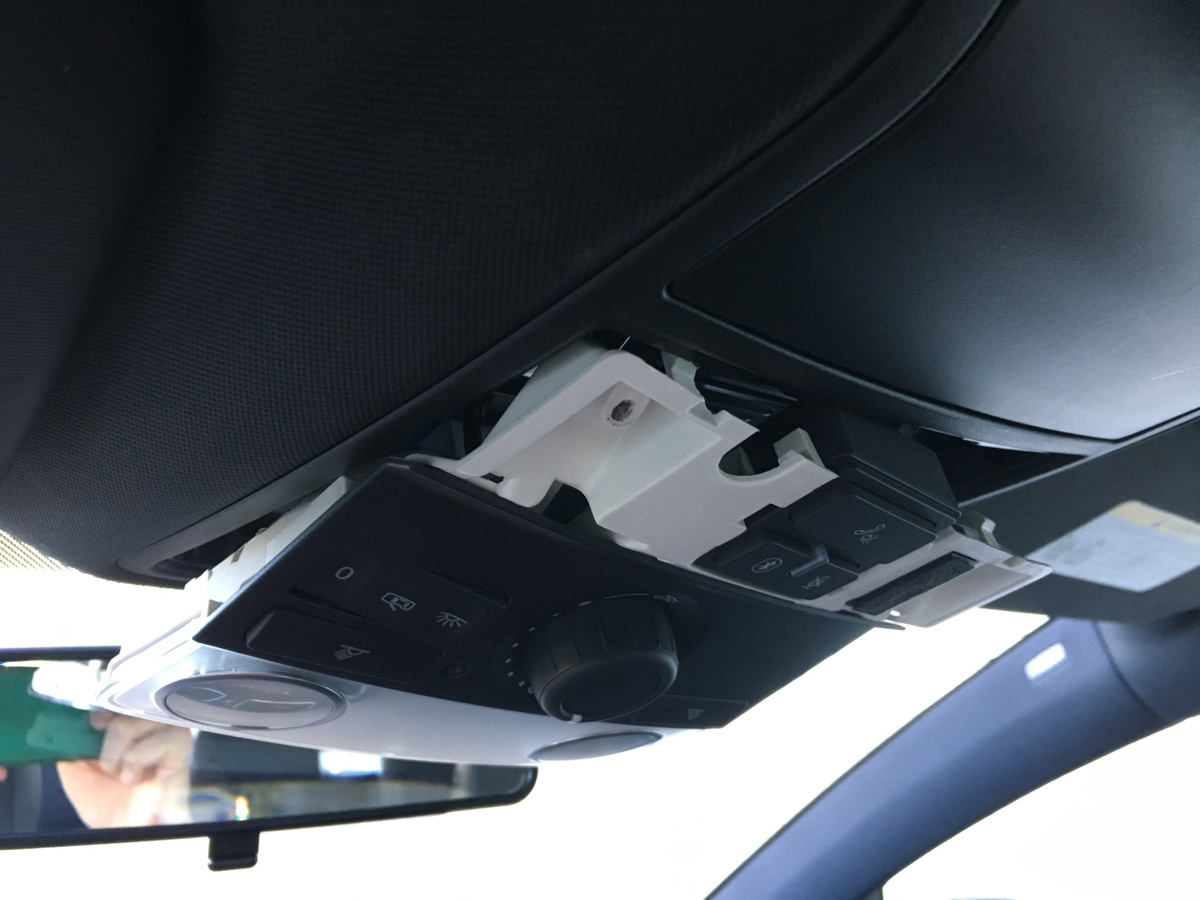 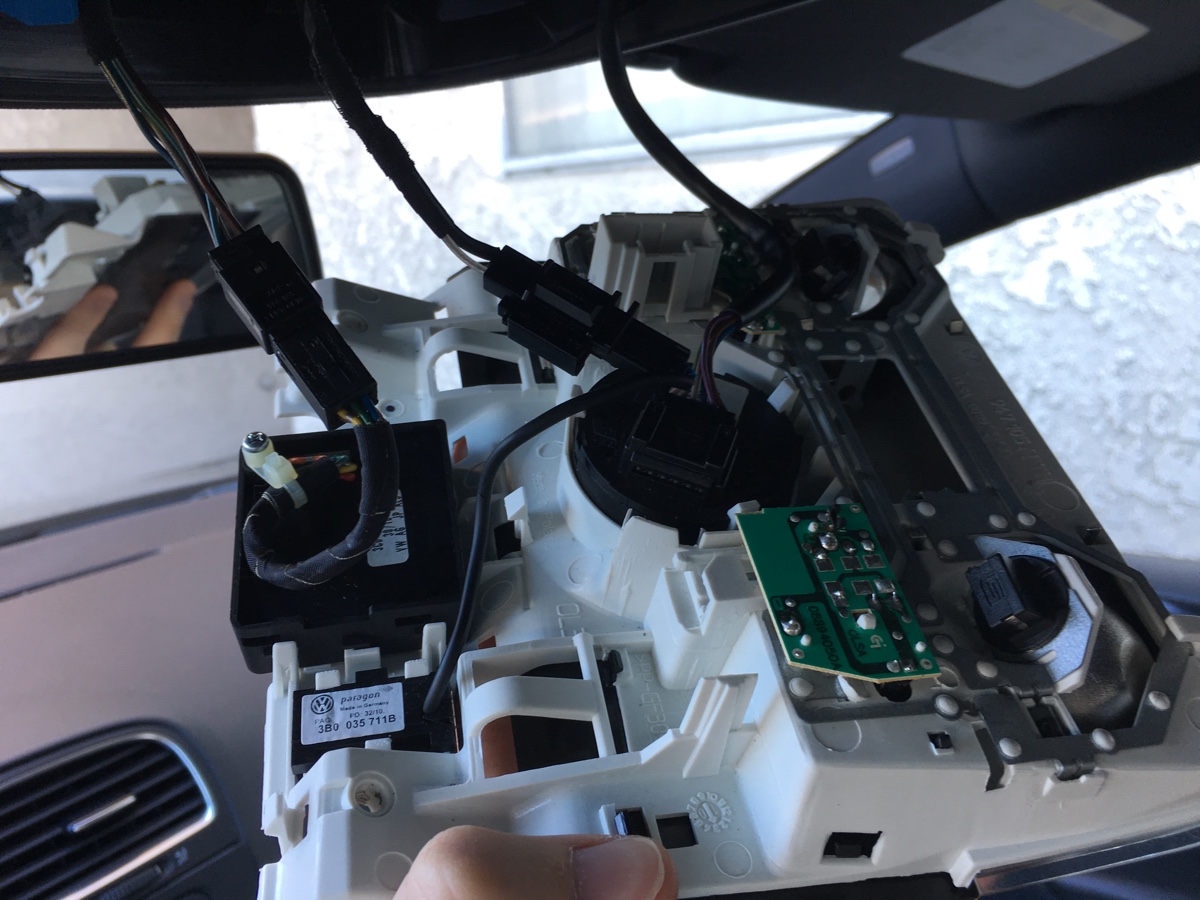 All of the harnesses need to be disconnected to remove the panel. The bluetooth mic harness had a very small and difficult to release latch, while the Bluetooth button harness just pulled apart. The sunroof harness switch had no latch but did take a lot of effort to disconnect.

Replacing the switch and reinstallation

Also, connect the new switch’s illumination harness into the panel. Yes, the panel has an illumination connector even though it wasn’t being used previously! The panel connector latch was very stiff on mine, which makes sense given it had never been used. I had to use a lot of force to push the connector in and deflect the latch. With the new switch installed, reconnect the other harnesses (lights, sunroof, Bluetooth mic and buttons).

To reinstall the panel, hook it in at the windshield side and pivot up. It should slot into place pretty easily. Then reinstall the T20 screws, snap the mic/button trim into place, and you’re done! 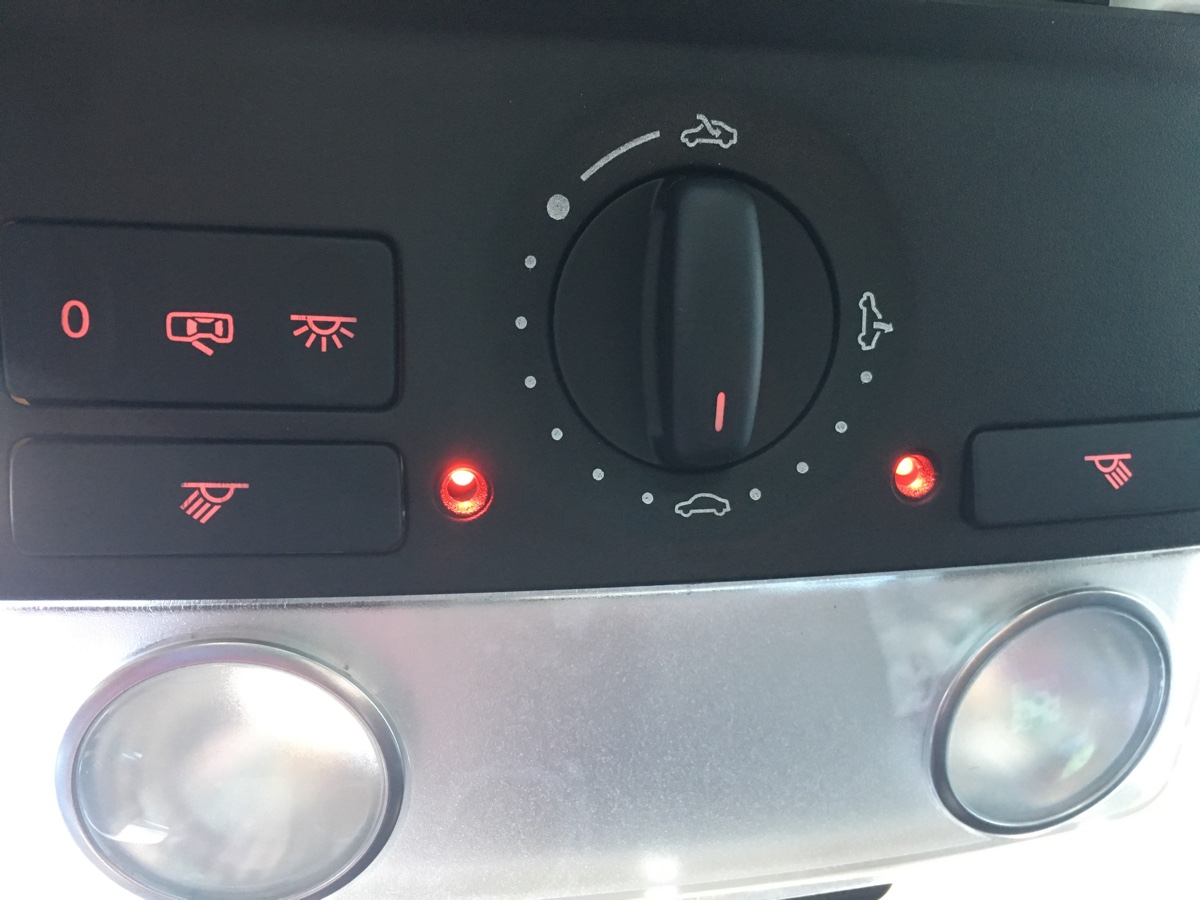